I want to share with you a letter sent to President Obama from Governor John A. Kitzhaber of Oregon. 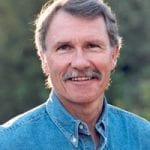 There is a small wolf population in the state of Oregon presently, and I find it encouraging that a politician out there actually gets what we have been fighting for.   Please read the following letter as it says it all!

President of the United States

Thank you for your hard work with Democrat and Republican leadership crafting a bipartisan budget package and averting a federal government shutdown. As the proposed Continuing Resolution (CR) moves to you for final consideration, I write to express serious concern over the inclusion of policy language unrelated to the budget.

decisions about our nation’s natural heritage are driven by science, fish and wildlife professionals, and public input.

Removing protection for an endangered species by congressional mandate, much less through a budget bill, stands in unprecedented contrast to this history. This action erodes the integrity of the ESA, excludes important public involvement, and usurps the agency structure, established based on a balancing of executive and legislative branch power, that exists to undertake important decisions affecting America’s wildlife.

Similarly, budget negotiations are no place to decide health care policy. Improving the delivery of health care,reducing costs and improving outcomes are of critical importance to working people across Oregon and America.The ink is barely dry on the Affordable Care Act, and the Free Choice Voucher program would have improvedaccess to more affordable health care by increasing flexibility and expanding choices. It’s the wrong time androng process to undo important policy gains.I raise the above matters as specific examples of bad precedent to be avoided in the future. The urgency Surrounding the federal budget is no excuse for tacking on non-budgetary issues that deserve their own venue and

public debate. I look forward to discussing how to avoid repeating such an approach to policy decision-making.

This entry was posted in All News, Front Page News, News and tagged president. Bookmark the permalink.

Tell Congress to Make it RIGHT!

Recovery and Protection for Gray Wolves in the Northeast!